Traumatic brain injuries (TBI) are a serious medical condition that can have long-term physical, cognitive, and emotional consequences.

Traumatic brain injuries (TBI) are a serious medical condition that can have long-term physical, cognitive, and emotional consequences. It is estimated that there are more than three million TBI cases in the United States each year. In recent years, medical marijuana has become an increasingly popular option for people with traumatic brain injuries looking for relief from their symptoms.

This article will discuss the potential benefits of using medical marijuana to treat traumatic brain injury and its associated symptoms. By understanding the possible benefits of using cannabis for TBI treatment, you can make an informed decision regarding your own healthcare needs.

Traumatic brain injuries (TBIs) are among the most devastating types of injuries one can sustain. TBIs occur when a person experiences sudden physical trauma to their head, resulting in damage to the brain cells and tissue. When this happens, the person might experience a range of symptoms from mild to severe, depending on the severity of the injury.

The most common type of TBI is a concussive injury, which is caused by a direct impact to the head and results in temporary confusion or loss of consciousness. A second type is a diffuse axonal injury (DAI), which occurs when nerve fibers in the brain are stretched and torn due to a violent acceleration or deceleration of the head. A third type is a contusion, which is caused by a direct blow to the head and results in bruising or bleeding in the brain tissue. Finally, penetrating injuries occur when an object pierces the skull and enters the brain tissue.

Traumatic brain injuries (TBI) are caused by a traumatic blow or jolt to the head. Common causes of TBI include motor vehicle accidents, falls, sports injuries, and physical assaults. It is estimated that over 2.8 million people in the United States sustain a TBI each year and about 50,000 die from the injury.

TBIs cause symptoms ranging from mild to severe, including confusion, headaches, dizziness, memory loss, changes in personality or behavior, and difficulty with attention span or concentration.

In severe cases of TBI, neurological deficits can make everyday tasks difficult to manage and many individuals will require additional care or rehabilitation therapy. These symptoms may be long-term and may even affect physical abilities like speaking and movement.

Medical marijuana has been found to help diminish TBI symptoms and potentially improve the quality of life for people with traumatic brain injuries. Cannabinoids, like THC and CBD, have been known to act as a neuroprotectant within the body, reducing inflammation and helping protect cells from further damage caused by TBIs. Additionally, cannabinoids can help to reduce pain, nausea, and anxiety which are common side effects of TBIs.

Studies have also shown that the use of medical marijuana is associated with better cognitive functioning in people with traumatic brain injuries. A 2018 study found that people taking medical cannabis had significantly lower concentrations of cortisol – a hormone related to both short-term and long-term stress – compared to those who had not used marijuana. This suggests that medical marijuana could help reduce the psychological symptoms associated with traumatic brain injuries, such as anxiety, depression and post-traumatic stress disorder.

Overall, while more research is needed to fully understand the effects of medical marijuana on traumatic brain injuries, the current evidence indicates that it may be a promising treatment option for those suffering from TBIs. With its potential to help reduce symptoms and improve quality of life, medical marijuana could be an effective alternative treatment for those who choose not to pursue traditional pharmaceutical interventions. Furthermore, the use of medical marijuana allows patients to tailor their treatment plan depending on the severity of their condition.

To learn more about medical marijuana and how it could improve your quality of life, contact ReThink-Rx today. 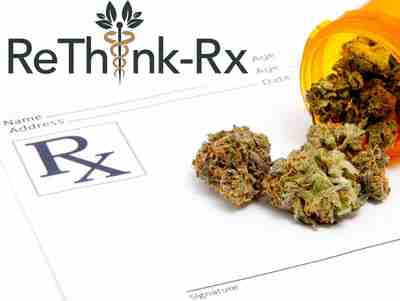